My Image Magazine traditionally only releases two issues per year, but they’ve recently expanded to include a special summer and special autumn issue (which you can purchase here) that aren’t included as part of the regular subscription. 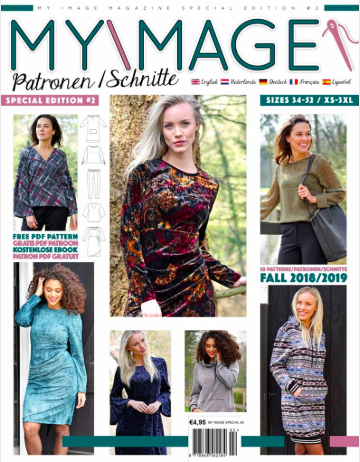 Here is a look at what’s included in this special edition – we get 3 tops, 4 dresses, a tunic that could double as a dress, and two pairs of pants: 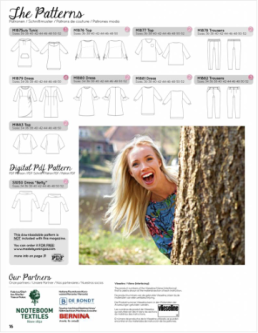 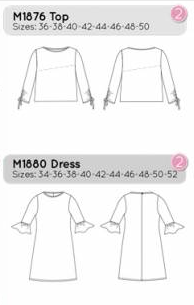 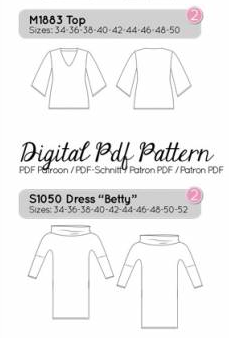 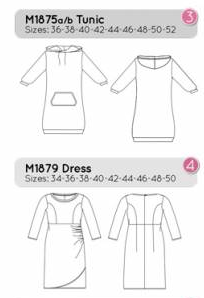 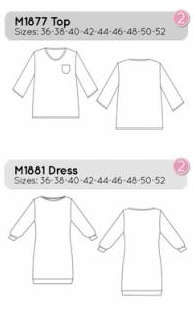 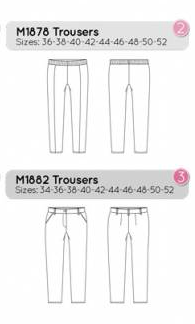 Let’s take a closer look at some of the designs in action: 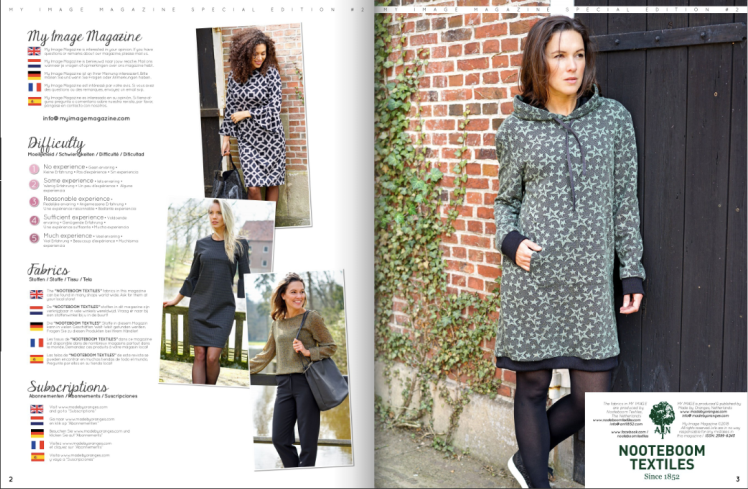 This is a look at the tunic pattern that I really think looks like a sweatshirt dress.  It looks super cozy.  Probably not the most versatile piece in a wardrobe, but possibly the most comfortable. 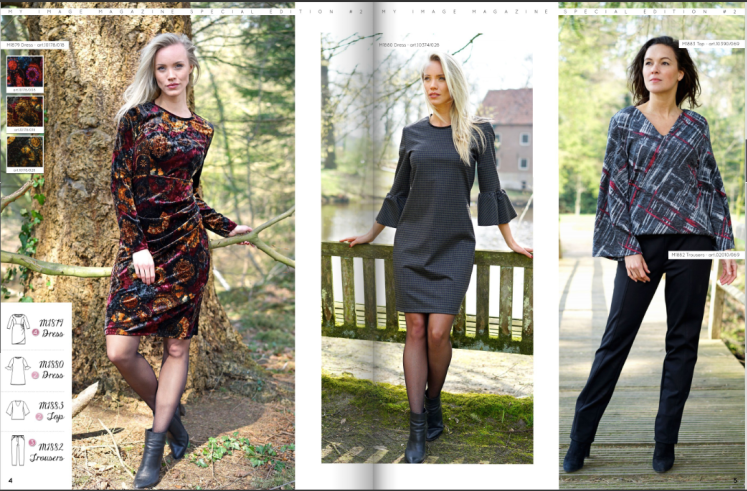 The faux wrap dress (left) is super pretty in the fall florals.  I’m not as excited by the rather basic sheath with sleeve ruffles, and the top is again sporting a wide sleeve to follow that trend.  The pants aren’t overly exciting, but the looks like a decent option if you want a closer fitting pant. 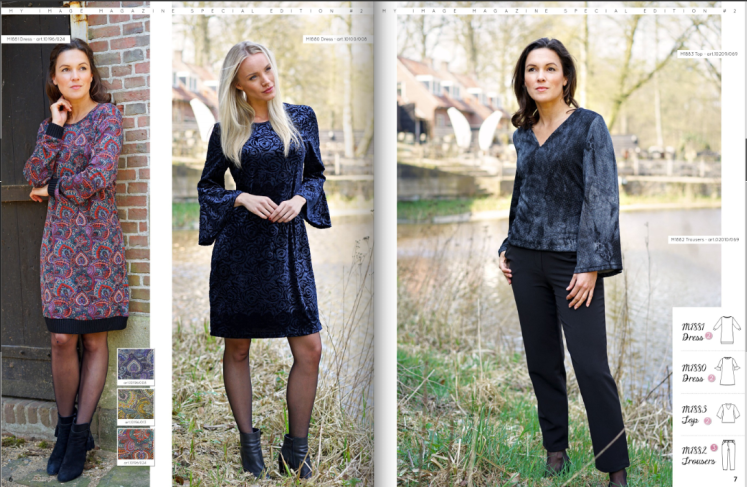 Alternative views of the same styles… 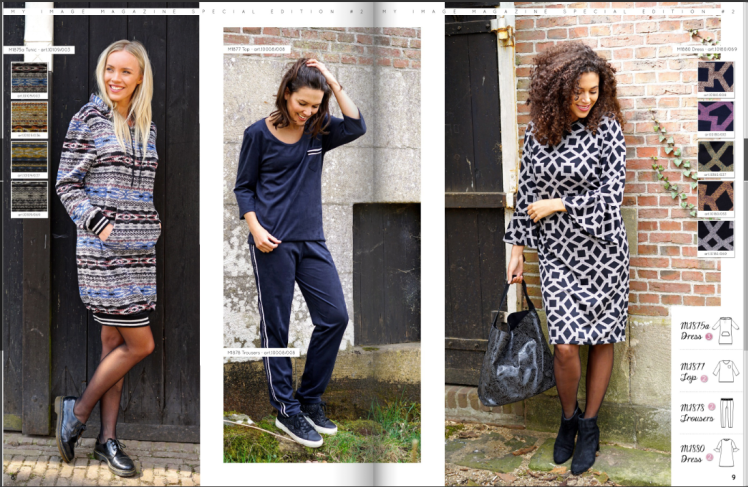 Ok, I know that one of the sweater tunic/dresses has pockets and a hood and the other doesn’t, but, really, they are basically the same pattern.  I can’t say I see anything overly exciting in the workout style tops or pants either.  It’s fine, just not exciting. 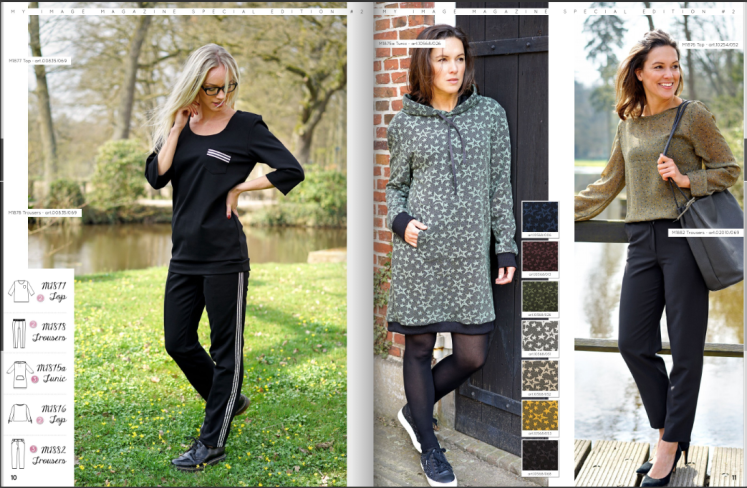 Another perspective of the workout gear and sweater dress.  I do like the top on the far right though.  It’s simple, but it looks like it could pair well with a variety of bottoms. 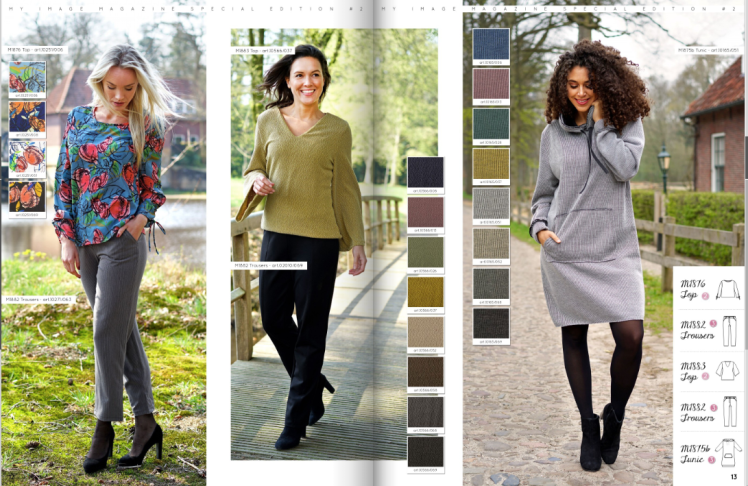 Different views of the same looks… 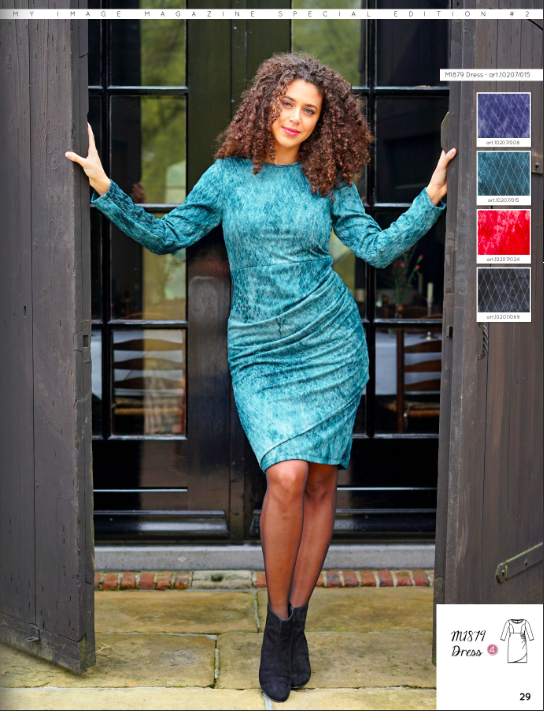 Anoteher view of the faux wrap dress – probably my favorite style from this issue. 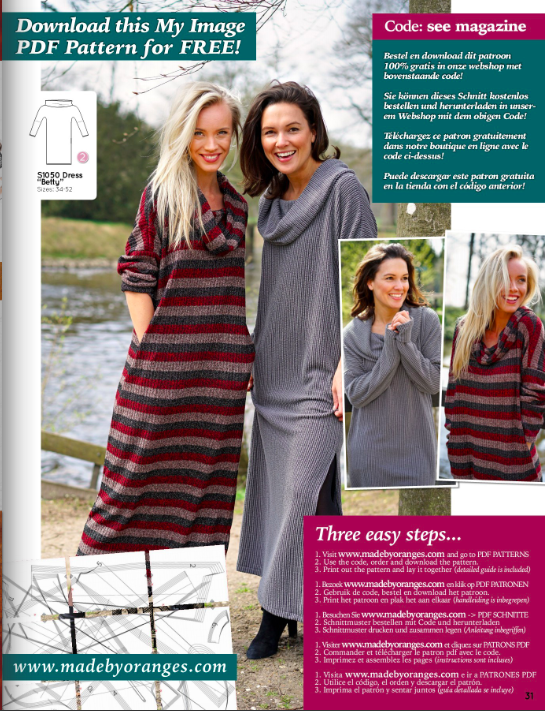 This maxi sweater dress is a PDF download pattern only, but you can get a free version with a code from the magazine.

And that’s it!  I have to admit that isn’t really exciting me enough to jump up and order the special issue of the magazine.  There isn’t really anything here that I feel I don’t already have either in a different issue of My Image, or from Burda, or another Big 4 pattern brand.  My Image does produce a lot of what I would consider to be very wearable designs.  They aren’t chasing runway trends, so there isn’t a ton of especially innovative design details, but you often get a magazine full of very wearable styles.  Unlike the summer special issue, though, I don’t feel that the styles presented here could be used to create a full fall capsule wardrobe.  There certainly aren’t any layering pieces, and the styles included feel a bit repetitive in and of themselves.  I still really like the My Image issues I have, but I don’t think I need to add this one to the collection.  What do you all think?  Is this your idea of fall fashion?  Or are you looking for more spectacular designs this fall?  Feel free to discuss in the comments!