Today is a two-for-one!  The early preview of the March BurdaStyle has been posted, as well as the full preview for the Spring/Summer Burda Plus magazine.  I also have a bit of a sewing update at the bottom of the post!

The Burda Style preview for March has been posted on both the Russian and German Burda websites. So far there are lots of frothy wedding dresses, some schlumpy looking oversized parkas, and a few pieces that have potential.  The preview of the plus sizes looks rather boring and predictable so I didn’t re-post any of them.  Let’s see what the preview has in store:

So, ummm, yeah.  I am not too impressed.  Hopefully some line drawings and a more extensive preview will prove otherwise, but I am going to say March does not look as exciting as February.  Ah, well.  I do like the cardigan and the skirt in the last image, so hopefully the issue won’t be a total bust.  Let me know what you think the comments!

Russia Burda has also posted the full preview of the Spring/Summer Burda Plus magazine.  This magazine features patterns in sizes 44-56, and after the early preview came out I was convinced to order a copy by my sister.  What is nice is that this issue seems to contain mostly new patterns, or patterns that have been graded up from the regular Burda size range.  I wasn’t very impressed with last year’s magazines since they mostly consisted of reprints from the regular issues.  And there are lots of patterns I think my sister will like in this issue, so I am happy I bought it.  Here are some of the better designs: 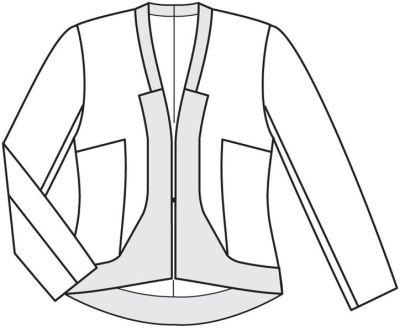 Of course, lest we forget that it is Burda we are talking about, not everything in this issue is all drool worthy fabulousness…

So, ummmm, yeah.  Overall I am really excited by this issue, and I am glad I decided to take the plunge and buy it after the early preview showed up.  I mean, sure, there are a few boring and pointless designs, but I think the good ones more than make up for it.  There is a lot here that I think my sister will like, so I consider it money well spent.  What do you all think?  Is it better that Burda is coming up with new designs for the Plus issues?  Or did you like it better when it was a bunch of re-prints so you could safely ignore these patterns?  If you don’t need the plus sizes, are you hoping (like I am) that Burda will put some of these designs in regular sizes in the regular issues in the coming months?  Feel free to discuss in the comments!

In other sewing news – I am back at it!  I have been a good little seamstress, but a very bad blogger.  Over the past week I have:

(1) I started working on my tutorial skating dresses, but my attempt at using a new pattern resulted in a quasi-wadder (I need to cut a new top because the pattern had a super low neckline – as in, I added 2 inches when I cut it out and it is barely covering half the girls right now even though the overall length of the body with the straps is correct).  So the tutorial is written, but sitting photo-less in my drafts folder since I have to re-group on the actual costume construction.  At this point I might just cut a new dress for the tutorial and go back to fix the wadder later, since I need to find some coordinating fabric.

(2) I have sewn two knit tops, from the teal knit I got at my recent National City Swap Meet excursion. The tops have been sewn, the reviews have been written, but no photos have been taken.  I blame the cold/flu/thing.  I have no desire to actually put on “real” clothes and get in front of a camera.  I expect once I am feeling better I will just do a massive photo shoot and bombard you all with finished projects for about a week.

(3) I am at work on some casual fleece jackets.  I know, I know… fleece?  Really?  But I really liked the “city” designs from the December Burda magazine, so I am at work on two of the jackets from that issue.  Burda used fulled loden (a special type of wool fabric) and I am using anti-pill fleece from Jo-Ann fabrics, so my results will probably be a bit less classy.  On the other hand, I am ignoring Burda’s crazy thought of having the reverse-seams with the allowances floating about for the world to see, so, well, maybe I am ahead on that count.  I wasn’t going to be making these right now, but the fleece was taking up more space than I wanted to allot it, and I figured since I was using cheap fabric it wouldn’t be too tragic if the fit was terrible.  And since I hadn’t sewn for over a month I thought it would be good to have a few warm-up type projects before jumping into crazy stuff like blazers with welt pockets, coats with pipping, and sequined skating costumes.  So these are somewhat more like wearable muslins, depending on how they turn out.  I am sort of excited to have casual jacket options that lack cartoon characters though.  Anyway, with luck I should be finishing these by the end of the week, so I can move on to my teal blazer jacket and the trench coat projects I have planned for February, which will allow me to finally finish up the unfinished projects from last year and move on to my year-long sewing goals for this year.

(4)  I have quite a few commissioned costumes I need to get to work on.  Granted, these costumes were commissioned for the big competitions that won’t be happening until June, but I do want to get to work on them ASAP since I know I will have a lot to make.  I expect people may want to use them in May as well.  I have been planning quite a bit, and looking through fabric samples, and I should be ready to work on these soon.  I probably won’t be documenting these on the blog (I don’t like to show off designs I make for paying clients), but they will be taking up a significant portion of my sewing time during the next few months, so I will probably at least mention them from time to time.

So, anyway, it might not look like it, but I have actually been getting a lot of sewing done!  I am excited to show you all what I have been working on and to get actual finished projects up on the blog again.

4 thoughts on “Burda – March Preview and Spring/Summer Plus Magazine”