The latest releases for Simplicity are here!  Well, actually, I may have inadvertently bought a few of them at the previous Simplicity sale, which mean two things: (1) The display patterns may have shipped early on accident and (2) the Jo-Ann’s near me that is generally known as being THE WORST at putting out new patterns had them out at least a month before they were released.  I’ve been waiting for this release for a while since I realized these were new patterns when I got them, yet that was quite a time span between me acquiring patterns and their official release.  On the whole there are some interesting developments in this release, including the addition of Ashley Nell Tipton as a designer and an expansion of the Plus sizing patterns from Simplicity.  Let’s take a look:

S8345 – This is one of the releases from Ashley Nell Tipton.  The style of this press is pretty basic, but sizing is 18W-34W, which is unusual for Simplicity pattern.  I’m excited they are offering such a fitted dress style for that size range. 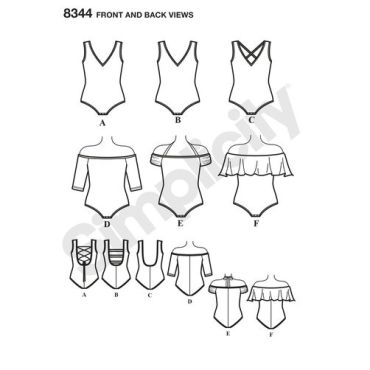 S8344 – The other Ashely Nell Tipton pattern is this bodysuit/leotard pattern.  I’ll definitely be getting this, as I expect it would be easy to convert to a skating costume pattern, and will be great for people who don’t often fit in the more common size ranges.  Love all the back options here as well.

S8342 – It’s nice to see that the plus sizing extends to the other patterns in addition to Ashley’s new line.  This pattern has a nice retro/vintage flare to it.

S8329 – Pretty!  This was one of the patterns I already picked up at the previous sale, so, yes, I’m a fan of the sleeve options, especially the version with the black lace. 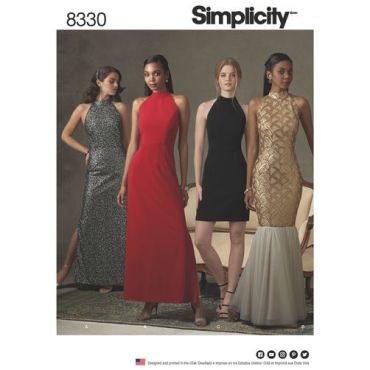 S8300 – Another pretty dress.  Love the high neckline and open back – one of my favorite combinations for a party dress.  The short black version is wonderfully elegant. 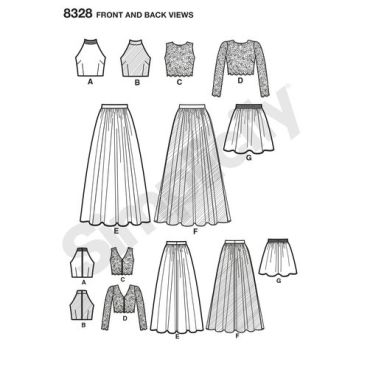 S8328 – Sew Stylish.  This is where the party dresses start to get a bit young for me.  I think this is what kids want to be wearing to high school dances, but the crop top look is not something I should be wearing out methinks. 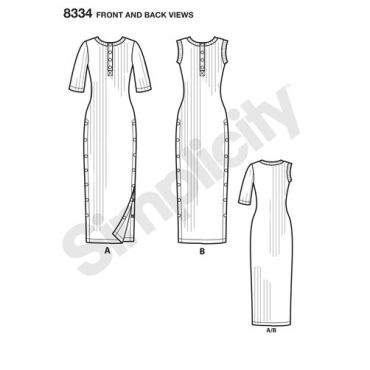 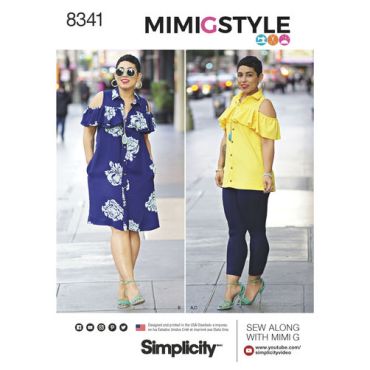 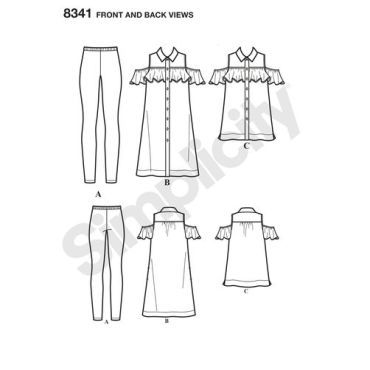 S8341 – Mimi G Style.  The Mimi G version of the off the shoulder ruffle top.  Not my favorite variation of this trend. 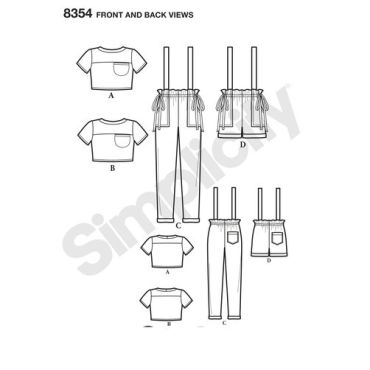 S8354 – Mimi G Style.  Looks like her line is branching into the kids market. 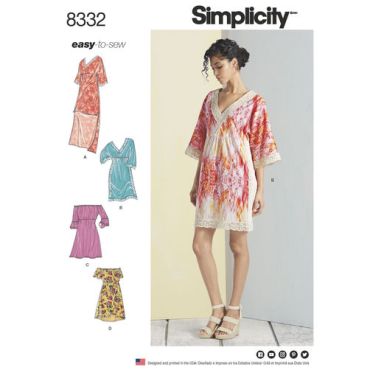 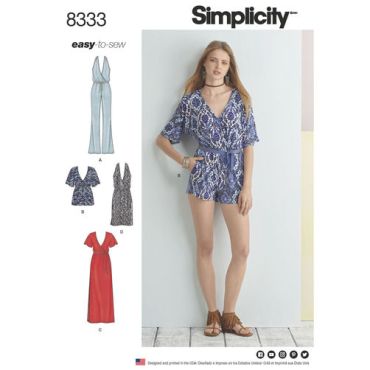 S8333 – I like the idea of this jumpsuit/top, but I feel like it would just fall way too open with that low v-neck drape.  I’d wait for a few pattern reviews on this one first.

S8335 – Learn to Sew.  Basic shirt with some back gathering details.

S8337 – A simple version of the off the shoulder top.  This might be a nice way to incorporate the trend without going crazy and wearing large flounces everywhere.

S8340 – Project Runway. A less fitted button down shirt.  Some interesting pockets on a few of these. 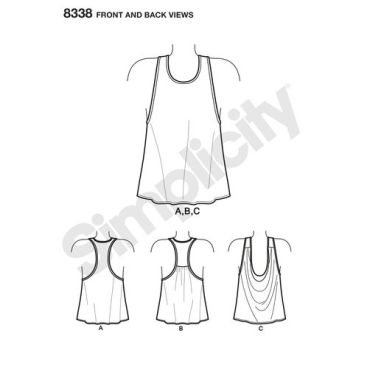 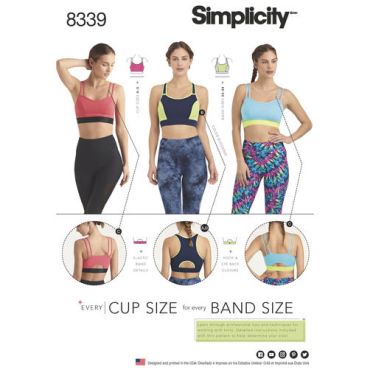 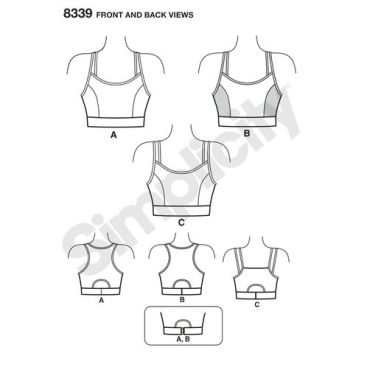 S8343 – Wrap skirt.  Not my favorite, but I could see this being a cute cover-up for a beach vacation. 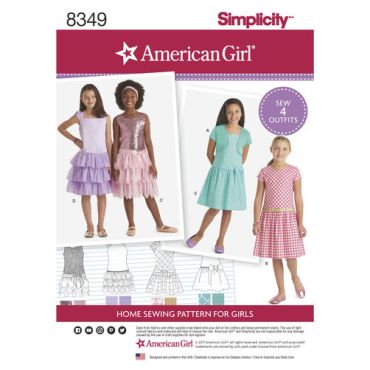 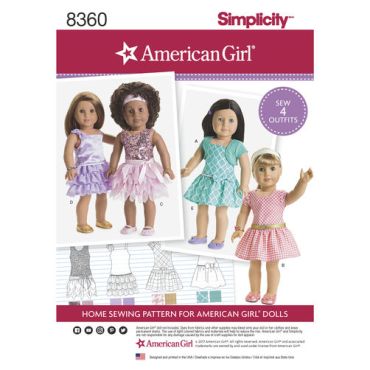 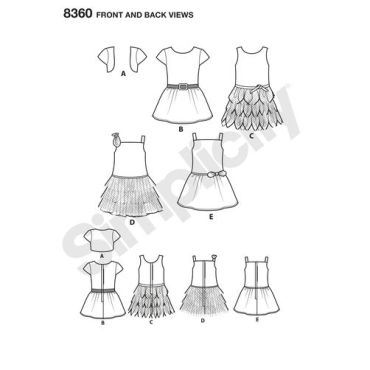 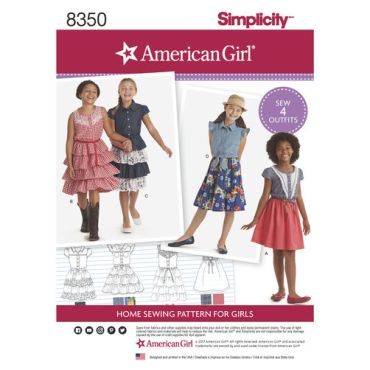 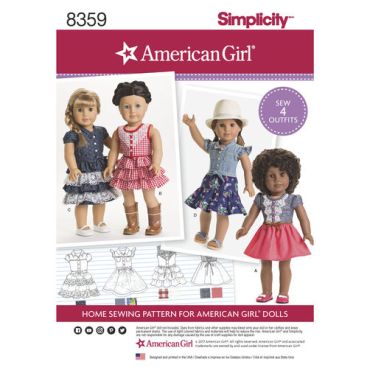 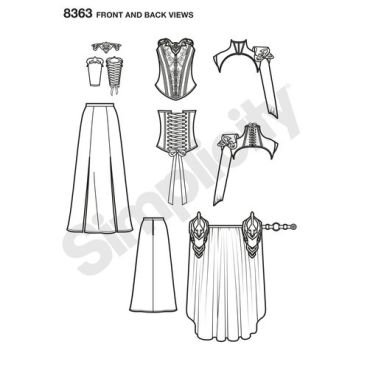 S8363 – Love this!  Lots of nice details in this beautiful cosplay pattern. 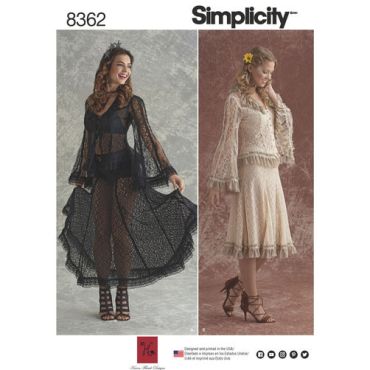 S8362 – This is one of those patterns that they pick fabrics to make it look sort of cosplay-ish, but the shapes of the jacket and skirt would actually be really nice for regular garment sewing as well. 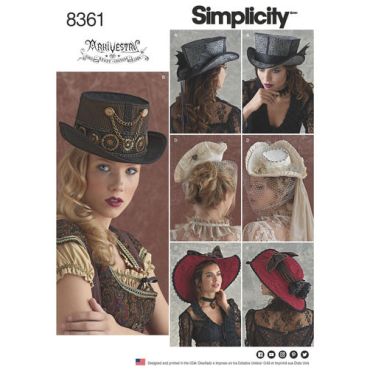 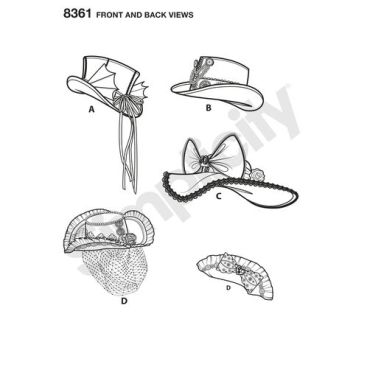 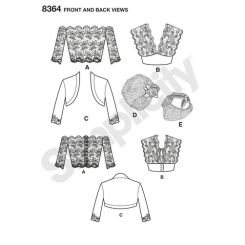 S8364/8365 – Ok, so apparently there are 2 patterns?  But they have the same things in them?  One is wedding themed in photos and the other is not, but the content is identical.  Also, how beautiful is the lace sleeve cover up on the upper left of the wedding cover?  Gorgeous. 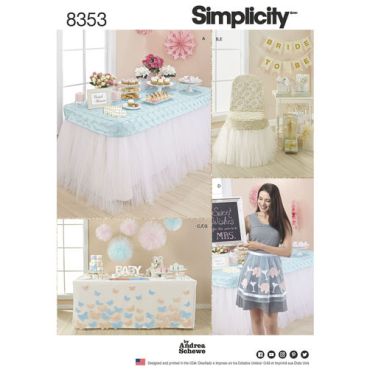 And that’s it!  Honestly, I’m pretty excited about the expanded size range coming from the Simplicity patterns, and a lot of the party/wedding looks are really pretty this time around.  Not as much of interest in the rest of the general garment sewing category, but that’s ok, my stash is pretty full anyway.  What do you all think?  See anything you have to grab for spring sewing?  Or will most of this be a pass?  Feel free to discuss in the comments!