So Kwik Sew had a spring release, but I’m just going to be frank and say it really isn’t that exciting.  I love Kwik Sew, but it just isn’t the same since the take-over.  Lots of kids items and crafty stuff here, only 4 adult clothing patterns, and none of them particularly inspiring.  Here is what they’ve got: 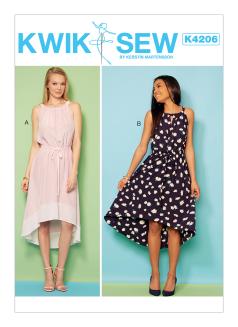 K4206 – Would this be a great dress to wear for summer?  Sure.  But there really isn’t anything interesting or innovative here.  Could be a good pattern for someone learning to sew, but it isn’t particularly interesting. 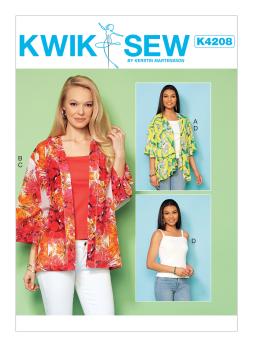 K4208 – This pattern riffs on the giant sleeve trend we’ve got going on.  Again, wearable, but boring.

K4209 – I’m only mildly interested in this because I like the little pocket detail on the top, and I think this would be a fun pattern to play with decorative cover stitching.  Otherwise there are better athletic patterns out there.

K4207 – Simple t-shirt pattern is always good to have, and this also has a cold shoulder version, but if you’ve already got some patterns for that then there isn’t anything particularly exciting here. 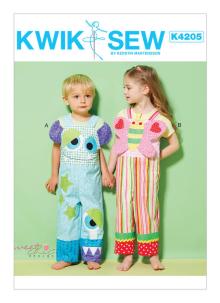 K4205 – Had to include this just cuz it is so nuts.  Like, totally nuts.  Would a kid love to wear this?  Maybe.  Would they hate you forever for taking a picture of them in it and using it in their high school graduation yearbook page?  Definitely.

K0236 – Ellie Mae Designs.  Ok, so these pot holders are actually pretty cute.  Especially for gifts potentially. At least, my mother would like them I think.

K0237 – Ellie Mae Designs.  The birds are pretty cute also.  Actually, the little one might make a nice pincushion to think on it. 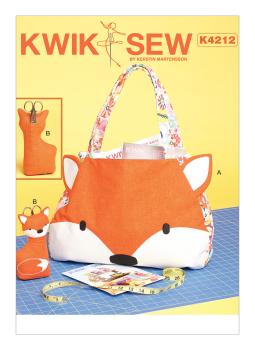 K9212 – Foxes seem to be the “in” crafting animal right now.  Between the fox scissor holder and the bird pincushion you could have an entire zoo on your sewing work bench. 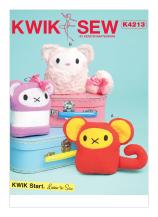 K4213 – Kwik Start Learn to Sew.  Actually these would be sort of adorable to teach kids to sew with.  And, maybe, also use as pincushions.  (Can you tell I spilled my pins twice the other day?  For as long as I’ve been sewing you’d think I’d have upgraded past using the original box, but no.  Hence my post-long obsession with pincushions.) 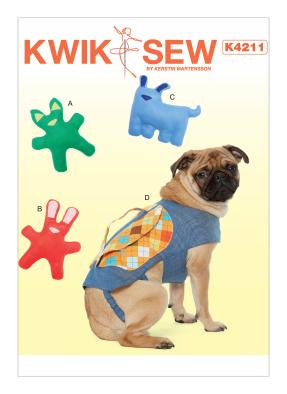 K4211 – I know a could dogs who would rip into those toys happily, but what is that dog wearing?  Is he supposed to be dressed up as a handbag?  Is this a political statement against putting dogs in handbags?  Are we throwing shade at the LA dog owners here?  I mean, look at that poor dog’s face.  His eyes are like make it stop….

So, yeah.  There are more looks, but I’m not going to bother posting basic rectangular aprons.  Really not a whole lot to get excited about here, but if you fine something worth discussing, feel free to speak up in the comments!